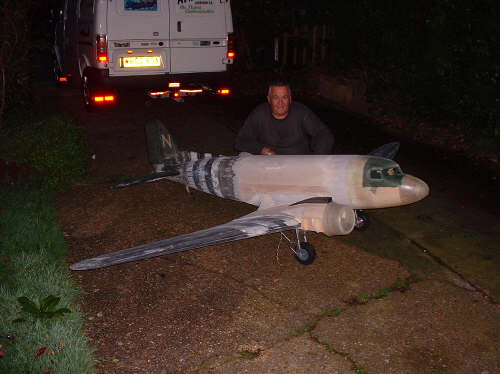 For those that saw the sad demise of Ken Ritchie’s Dakota at Catton Park in 2005, she’s risen from the debris like the intrepid Phoenix!

It is of course a Nick Ziroli plan, featuring a fibreglass nose unit from Nick Ziroli, and Colin utilised some of the parts from the damaged airframe under the guidance of Tony Nijhuis. (The Flying Dutchman) The rear of the old airframe was untouched from the trailing edge of the wing rearwards and was sweated onto a new front end, once again under the watchful eye of ‘Nidge’ using the same idea he uses for his 18’ Lancaster. (It fits in his Volvo! Don’t you know!)?

The retracts resembled a tangled ball of bent and broken tubes, until Mike Jackson kindly offered to, “straighten em out!” Superb job done, many thanks Mike!

S.M Services have supplied me with new wiring, Backers, and switches. Thanks Sandra & Terry, nice to talk to Terry again after his illness, love his outlook on life, “Magic, keep it up Terry.”

Thanks also to Harold of the Catton Group for repairing the Zenoah 38’s, look forward to picking them up at the AGM in November 2006.

If you are reading my (Colin’s) scribbling and do not belong to the LMA, take it from me, superb Association, please give it some serious thought, and join us around the shows in 2006, you won’t be disappointed.

Well, I’m now off to those grand gents down At Shoreham, West Sussex, Graham and John of Fibre-Tec, to stock up with materials to glass the old girl. (The Dak of course!!) 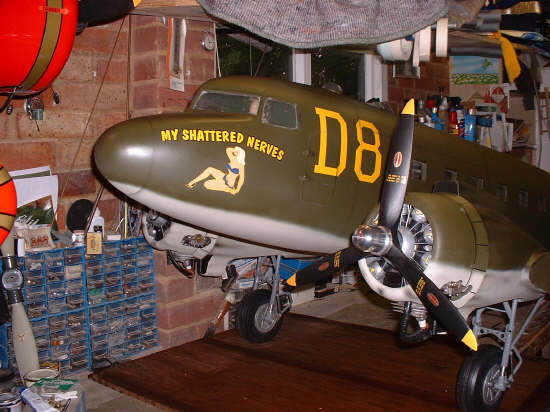 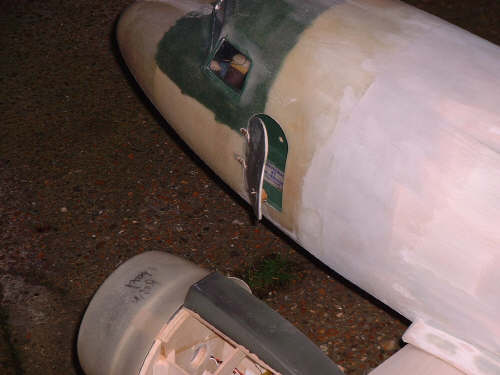 Here is the model completed ready for test flying.