Ten years on from the successful Flying Legends 20% scale Spitfire, This photograph shows that Mike is well advanced with the pattern making for his latest project – a 112″ 25% scale Spitfire. The first four prototypes will form the basis of a new Supermarine display team for the 2006 season. 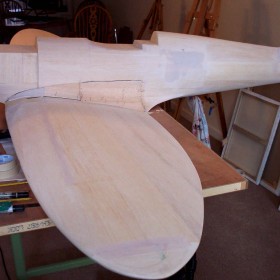 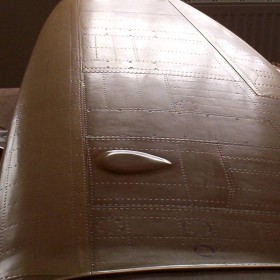 The entire model will be moulded in epoxy and will have every detail included, even the correct gull wing layout on the underside inboard wing roots. All the rivets, fastener and hatches are represented as can be seen here on this photograph of a wing panel. Mike aims to eventually release a kit to cover not just the first Mk 9s, but also Mks 2, 5, 8, and 14 also PR Mks 7, 10, and 11. This is clearly something for us to look forward to. 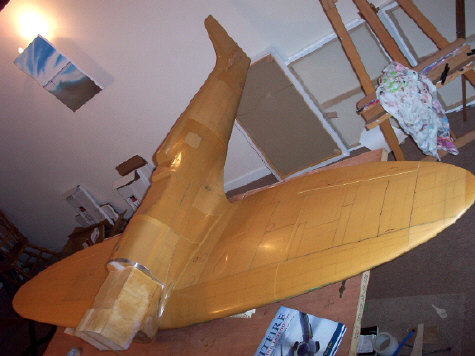 As of 2/1/06 Mike was half way through the moulding process. All detail had been added and it was ready for moulding after careful alinement of wings and fuselage. 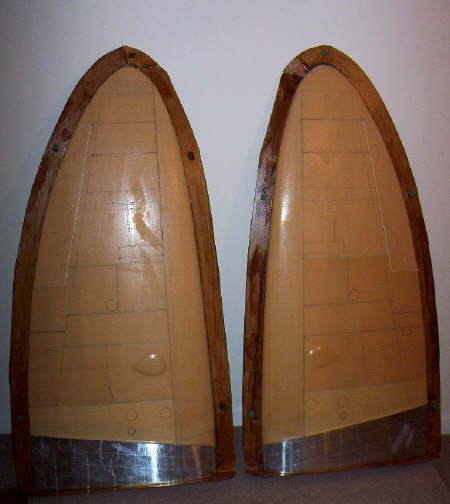 Here are the wing panels, with the dihedral moulded in. They slot together on an aluminium tube which picks up the laminated full length spar in each unit.

Here is the first fuselage made to prove the moulds, in aluminium. This is always laid up as a “heavy” non-flying version to be use solely for building the patterns for the engine cowling and cockpit canopy. It also gets used for templating all the internals, ie formers control runs and tailplane fitting etc. Mike’s trusty tea mug lends scale to the 25% Spitfire. 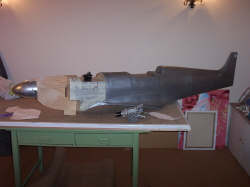 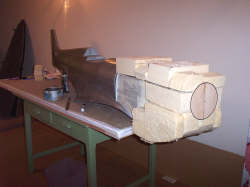 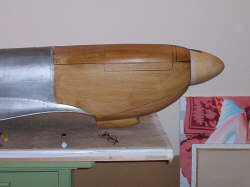 To give an idea of the time that goes into pattern making for moulding, rather than producing a one off model, these three pictures illustrate the work required to produce the cowl mould. The first picture shows the engine cowling profile with spinner and thrust line checked. The second picture has the foam added ready for carving. finally 28 hrs you get to picture three.

Here is the finished engine cowling ready to mould. Dzus fasteners and all, after approximately 35/40 hours. 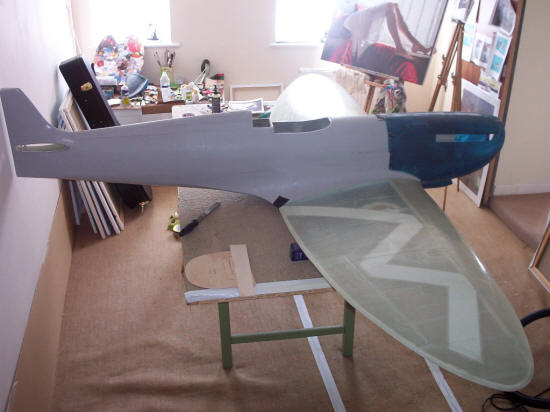 Here are the first moulded components fitted together. 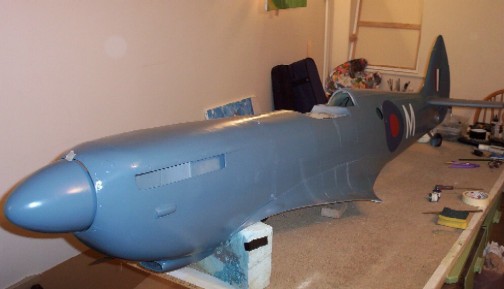 Final fitting out and paint going on. With control runs finished with some first class fittings from Pete Tindal’s airplanes.

Just the engine to install and radiator mouldings to go.
The model is finished as a rare modified Mk 9 photo reconnaissance aircraft from Benson in Oxfordshire, with single horizontal camera used around the time of the D Day landings.

I have chosen this in recognition of my own happy times spent flying with officers and men of the Queens Flight at RAF Benson during the late 80s and early 90s.” 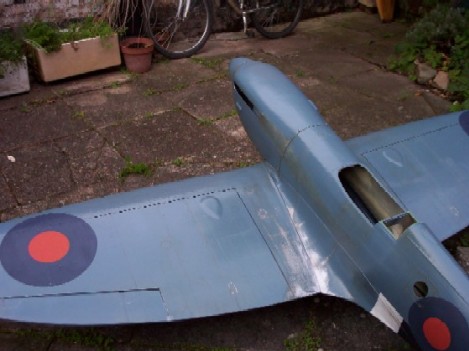 Finally after 14 months pattern making , moulding and building, the Spitfire stands on its undercarriage.

Just the elevators, canopy and engine to fit before the the day of testing” !.

Post script – Mikes latest input to this series of pictures, shows the total realism of this model, truly captivating! 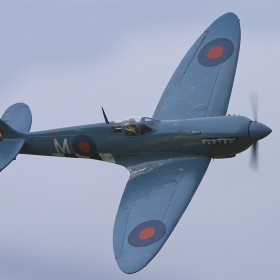 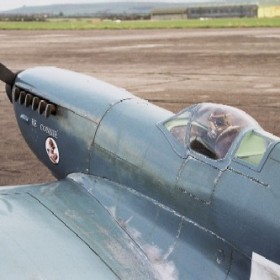 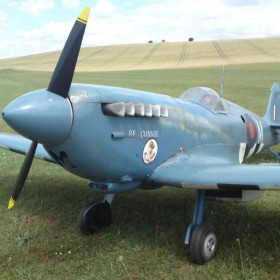